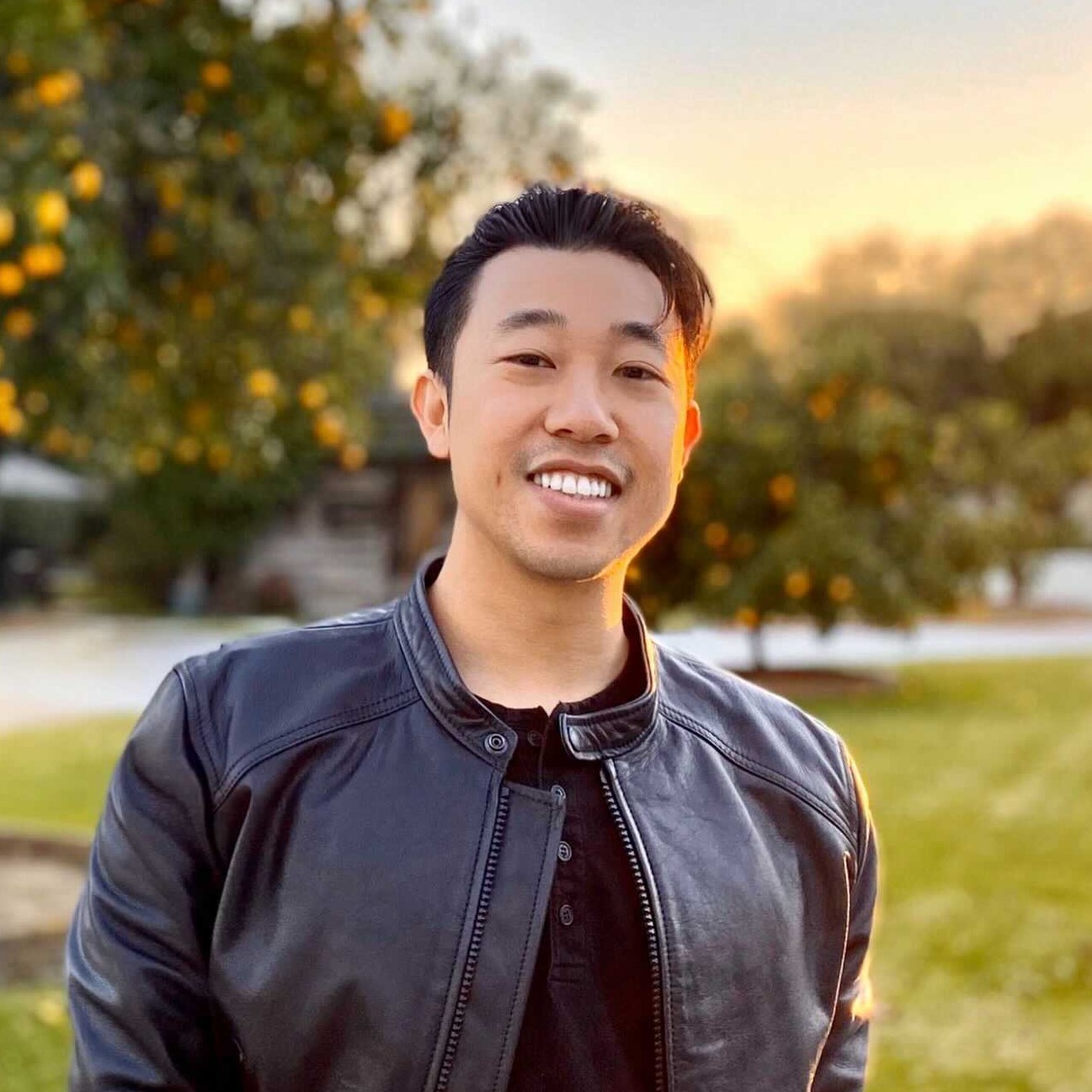 An Introduction to Carol

Carol is the Chief People Officer of Gainsight, where she’s devoted to exemplifying the company mission: “To be living proof that you can win in business while being human-first.” She’s a three-time Head of People, having previously led the people function at transformative consumer companies like Zoosk and LivingSocial.

Our conversation touches on setting the right vision for the people function, the intriguing concept of employee “expiration dates,” and why employee retention is overrated.

Take time to assess the current state of your company.

Only by setting that baseline can you develop a clear and compelling vision for what the future state should look like.

In fast-moving environments, especially as a first time Chief People Officer, you often want to prove yourself and show immediate results.

The danger of bypassing the assessment stage is that you get pulled into solving the wrong problems. You spend valuable time distracted from what’s most important and chasing the wrong agenda.

The initial assessment is a fact-finding mission, an audit of systems within the company.

Dig into the culture. What’s it like? Find out what keeps people moving and motivated.

What rewards are in place? Does the incentive system align with the culture?

Talk directly to the employees. Are they engaged? How do they feel about the company? What’s the general sentiment?

A survey like this will quickly give you a sense of what’s working or not.

Then you align these insights with the business strategy and develop a SWOT. From there you have what you need to create a 2-3 year People Plan. When I came to Gainsight, I found a well-formed, healthy, teammate centric culture. But it lacked a unifying framework or set of practices that reinforced that culture.  It was like a beautifully decorated home with no foundation yet. My agenda was clear: I needed to help build a foundation worthy of that home.

[Joseph’s note: For first-time CPOs in Twine’s network, we also recommend The First 90 Days from HBR and this short playbook, which complement Carol’s advice.]

If there were a Carol Mahoney playbook to building a great relationship with your CEO, what would be in that playbook?

It really varies based on the CEO. But there is one common denominator for working with any of them—absolute honesty and transparency.

Especially starting off, you must quickly build trust. The way I build up that trust is through transparency. In order to develop alignment, I force myself to take risks in the service of building a foundation of trust.

It means saying things that might feel uncomfortable, like: “I was confused by how you behaved towards that team member. Was there something going on that I may not understand?” Be curious, open, and non-political with your CEO, and the trust will build itself.

The best investment I’ve ever made was paying for a coach out of my own pocket before I started my first CPO role at a new company. She was someone I deeply admired and was quite well-known in the HR field. I reached out cold and asked if she was interested in meeting. Even as a seasoned CPO, she made the time and took me on as a mentee.

She equipped me with some incredible tools, including her process to create a 90-day plan and a 2-year plan. I still use those tools today.

By the way, that first CPO role ended up being much more stressful than I had anticipated. The CEO left, we cancelled our IPO, lots of stuff happened… but I wasn’t shaken because I had come in so prepared.

[Joseph’s note: I loved this story. Many CPOs we’ve spoken to point to similar bold moves (like Carol reaching out cold to a leader she respected) that ended up materially impacting their careers.]

"The best investment I’ve ever made was paying for a coach out of my own pocket before I started my first CPO role at a new company."

What are the books that shaped you?

I read constantly. Tara Mohr’s Playing Big was on that hit me at the right time. It made me realize where I was self-sabotaging and gave me permission to play big.

The Charisma Myth by Olivia Fox Carbane is another great one. It debunks this idea that there are naturally great speakers and helps the reader build presentation skills.

The book Fierce Conversations rocked my world because it gave me the tools to have honest, tough, realistic conversations but do so in a way that keeps everyone whole. I have used it like an instruction manual for years.

Radical Candor is a popular one, I just loved it. It actually just amplified the lessons I’d learned from reading Fierce Conversations.

What’s something you believe about your field that few others do?

It may not be as relevant today, but I often hear about retention and setting goals around retention. Personally, I don’t find this thinking useful.

In and of itself, employee retention is useless for so many reasons. New blood is good for the organization.

When I was at Zoosk, the founders were product and engineering wizards. When the founders left, the whole company was paralyzed. It was our “Oh shit” moment.

But I worked with the executive team, and we reframed it as an opportunity for people to step up — we told them that they could shape the product, have a voice, and ultimately reshape the culture. It was amazing how quickly people rose up to the challenge.

The point to be made here is that losing people with lots of experience can be good sometimes. You develop resilience individually and as a team.

I personally have a shelf life too. Everyone does. There’s an expiration date on my time at a company, from the second I join.

When I go to the company, I’ll only be fresh for a certain amount of time. 4-6 years is my average. For someone else, it might be 2 years. For others, it might be 10. We all have a clock running. Once you hit that expiration date, you’re no longer “fresh.” You don’t see opportunities everywhere. You develop this “we already tried that” and “it’ll never work here” syndrome. It can’t be cured.

When people love the company they’re at, they want to deny that they have an expiration date. But I believe when that date arrives, there’s nothing you can do.  And at that point, it’s best that old blood leaves, to become new blood somewhere else. And you get a fresh transfusion of people who bring in new ideas, new values, new energy.

I hear people asking me about retention, and what our team is doing about it. My honest answer would be: nothing. Instead, I focus on driving engagement, a stimulating and development-oriented culture, and a never-ending priority on equity, fair pay, and respect. These are the things that permeate throughout the company and drive the positive experiences of all employees.

I think an explicit focus on retention is largely a waste of time. It’s not always a well-received perspective, but one I think people should start to consider.

"When people love the company they’re at, they want to deny that they have an expiration date. But I believe when that date arrives, there’s nothing you can do.  And at that point, it’s best that old blood leaves, to become new blood somewhere else. And you get a fresh transfusion of people who bring in new ideas, new values, new energy."

How do you wish the people function would evolve in the coming decade?

Four years ago, my answer would’ve been a lot different. At that time, I had hoped it would be a sweeping data revolution in the function. I thought the stewards of teammate success [Gainsight’s term for people/HR] would be analysts.

While I still believe we need to elevate the level of data in our roles, I think success comes from innovation. There is certainly a data component to that - but it’s not just analyzing and passing on ideas to other folks in the company. It’s about experimenting internally, codifying new norms, trying off-the-wall new ideas.

Part of cultivating a team of innovators requires me to lead by example. I’m always passing on new ideas - I’ll see an HBR article and convene the whole team to talk about it. Everytime we’re considering rolling out a new program, I ask the team to start with a clean slate, and think from first principles: “imagine you’re building something that no one has ever done before.”

It helps that we have highly curious and creative teammates - they embrace this approach.

Can you remember a formative moment that changed the way you approached life or work?

There’s one in particular that comes to mind. The #MeToo movement. Because of my age, when I first started working, there was so much sexism I had to deal with. Over time, I learned to adapt and ignore it and in the process of doing that, I had shut down the part of me that expected equitable treatment. The movement brought my disappointment, hurt, and anger back to the surface. I had suppressed those experiences for so long I nearly forgot about them.

I started adopting really progressive policies. I didn’t do that before. I realize I’d convinced myself that I just didn’t have the luxury to focus explicitly on anti-sexism or anti-racism. I don’t know if I did the best job for women in the past. Because I shut down my own experiences along with a few of my hopes and dreams. I lost sight of the obligation I had to other women.

My husband is African American. I remember every time I took my son somewhere, it seemed like it was always a place where I’d be the only white person, or my son was the only black person. But with gender... somehow I’d forgotten what it was like to be the only woman in the room. The movement inspired me to be a better leader - to be less tolerant of intolerance.

Where are you still trying to learn and grow?

Psychological safety is another one. It’s created in a healthy, nurturing environment, a culture that makes it safe for people to learn, grow, and eventually thrive. It’s so important to performing well, engaging, and affiliating with the company.

Yet when you bring up psychological safety, people’s eyes roll and glaze over.

At Gainsight, I’m trying to find ways to talk about psychological safety to inspire more empathy and make the concept more tangible. We’ve been bringing someone in from the outside to give us some guidance here.

[Joseph’s note: We recommend reading about Google’s foundational studies in this space (covered by the New York Times back in 2015), and exploring these toolkits from HBR and re:Work. ]